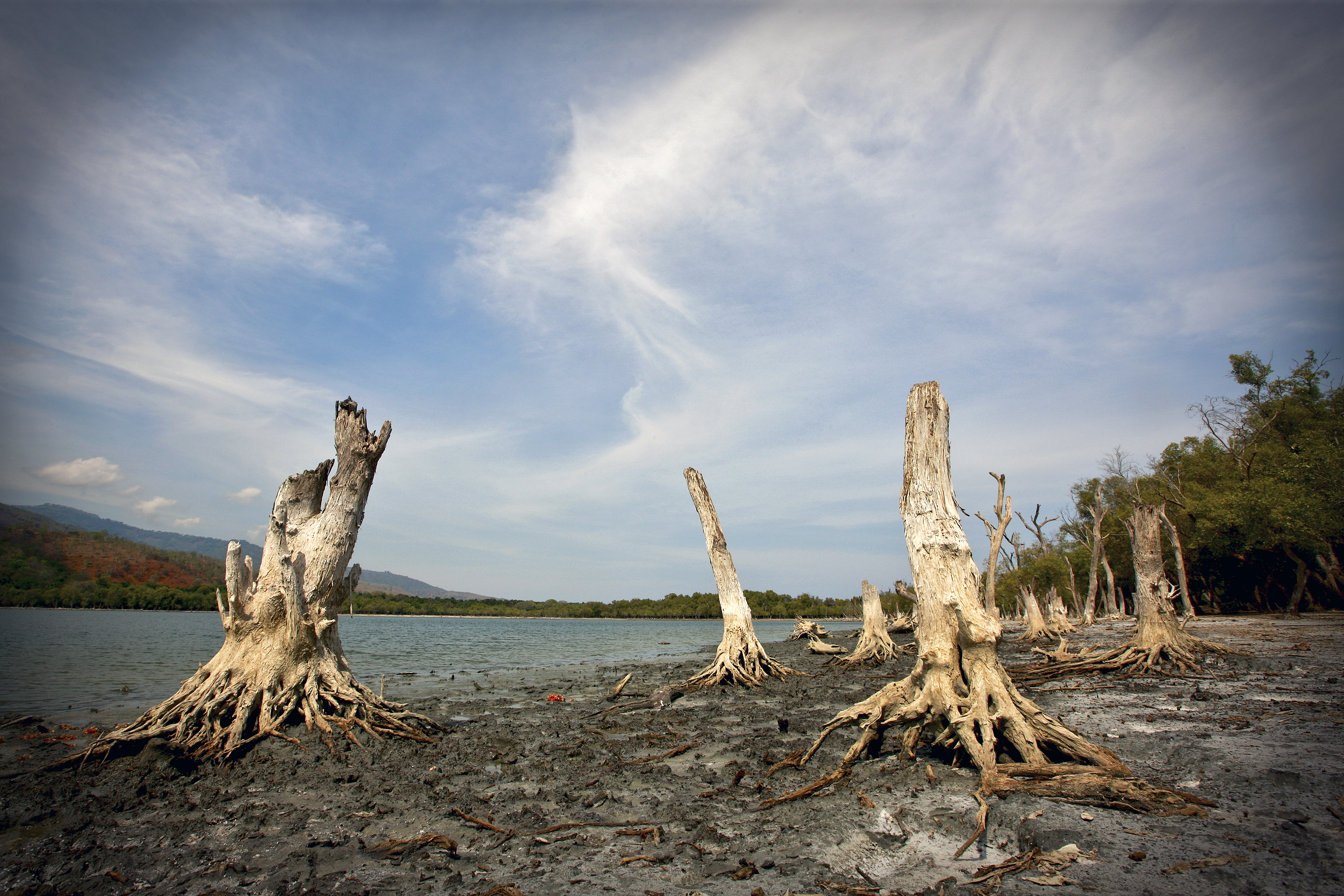 Dead trees at Maubara lake, one hour drive from Dili.
“The Copenhagen Accord marks a significant step forward,” Secretary-General Ban Ki-moon told media after the recent Copenhagen conference. “It commits countries to work to limit global temperature rise to below 2 degrees Celsius.” The Secretary-General noted that “the Copenhagen Accord did not go as far as many would have hoped” and said that in early 2010 he would establish a high-level panel on development and climate change to strategically address these issues. Photo by: UN Photo by Martine Perret.