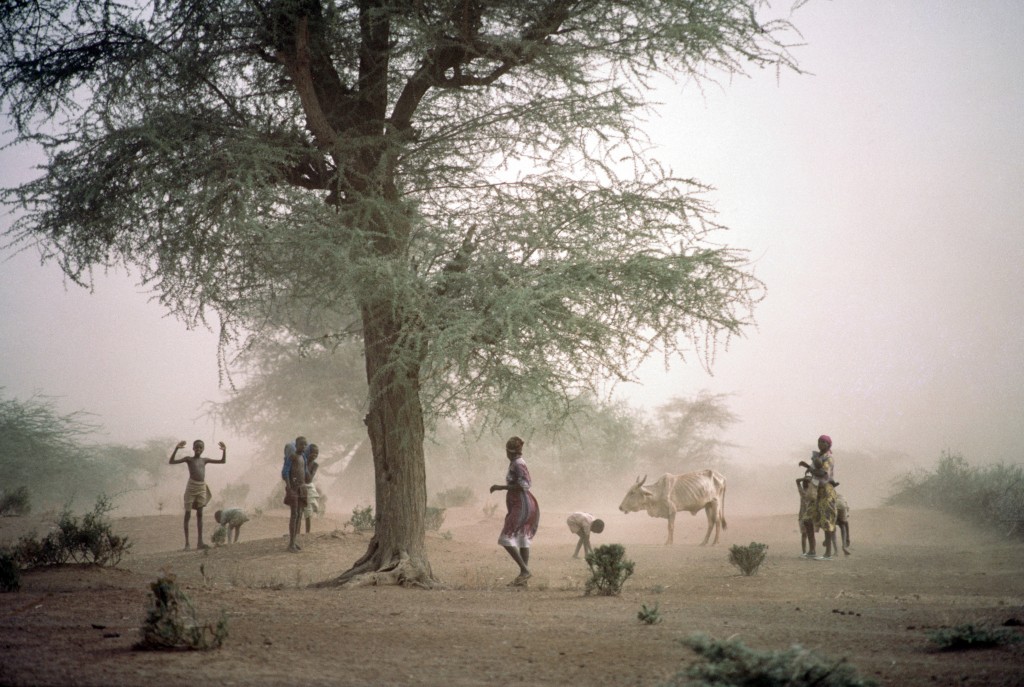 A sandstorm on the western shore of Lake Baringo, Kenya. UN Photo by Ray Witlin.

Disease, not disasters, accounts for the vast majority of human deaths due to climate change. Higher temperatures and stress on water and food supplies do have serious impacts on human health, but changes in climate also enable some of the world’s biggest killers – malnutrition, diarrhea, and malaria – to take a heavy toll. Mothers and children are worst hit by these illnesses.
An estimated 350,000 people die each year due to major diseases and health disorders related to climate change. Unless measures are taken, by 2030 climate change will increase this number to more than 800,000 deaths per year.

Approximately 90% of the health impacts of climate change involve just three disorders – malnutrition, diarrhea and malaria – and most strongly affect children under the age of five, predominantly in Sub-Saharan African regions and in South Asia.

There are a variety of measures we can take to prevent deaths due to climate change, and many of them are very affordable. Life-saving measures recommended in the Climate Vulnerability Monitor that address these health problems are some of the most well-documented and effective measures we have for fighting the negative effects of climate change. Such measures will require financing but could save hundreds of thousands of lives, especially among children and infants.