DARA presented the HRI 2009 findings in a special and interactive debate with leading UN and NGO representatives, as well as journalists at Caixa Forum in Madrid on 3rd December.

The debate, which examined how best to overcome the barriers facing the humanitarian system when responding to crises and natural disasters, was opened by Silvia Hidalgo of DARA who called for donors to respond adequately to all crises “including those not covered by the media“. 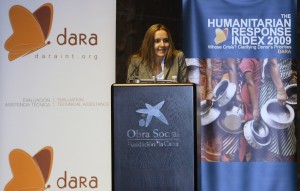 Hidalgo also stressed the need to unify efforts at a time when needs are outstripping capacity as well as available resources, “A number of international NGOS have seen themselves forced to let go over 100 humanitarian workers in just one week,” she declared.

DARA sent teams to 13 humanitarian crises last year and found in 10 of them that limitations to the unhindered provision of aid continues to be at the forefront of factors jeopardizing the wellbeing of affected populations.

Only half of the donor countries are actively facilitating access to people in need. According to Hidalgo, governments should reinforce their efforts to address the problem of access in places like Somalia or Afghanistan more effectively, without it being conditioned by economic, political or military interests.

Another of this year’s HRI most important findings is the persisting lack of risk reduction measures even though disasters are expected to take their toll on a larger number of people in the near future. Haiti, this year’s most forgotten crisis, suffers continuous natural disasters. In terms of conflicts, improved contingency plans in Sri Lanka and Gaza could have prevented loss of lives. 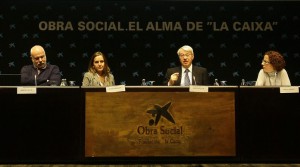 Lobo called for a reformation of the humanitarian system as a whole since many of “the efforts are short-term when reality is long term,” he said. On the other hand, Ajello urged the international community to further target the root causes of crises and invest more in prevention measures and in assuring the security of humanitarian workers.

The appropriateness of the HRI’s ranking system to classify donors based on their commitments to improve the quality and efficiency of humanitarian aid was also discussed. Over 86% of the audience hailed the HRI as a fundamental tool for donor transparency.

During the event, Silvia Hidalgo announced Ross Mountain as DARA’s new Director General as of January 1st 2010. In his speech Ross Mountain expressed his pleasure “in joining DARA and in continuing the extraordinary work initiated by Silvia.” He referred to the HRI as a “bold initiative”, especially “when 9 million children died unnecessarily and 1 biillion people went to bed hungry” in what has been considered a “good year”.